Home Batteries What is a LifePO4 Lithium Battery?

What is a LifePO4 Lithium Battery?

Most of us might be familiar with Lithium-ion batteries as a whole. But the lithium family is actually divided into several categories. One of these is commonly referred to as LifePO4, or Lithium-iron phosphate (LFP). 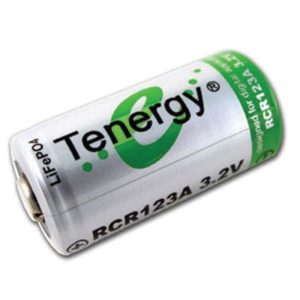 What differs LifePO4 from most other lithium types, is that its composition uses no cobalt oxide. The cobalt, is what makes up the majority of popular types, which we refer to as LiCoO2. Some of the other lithium compositions that are written about here on lightsngear.com use manganese oxide (LiMn).

There are several main characteristics of LFP4 lithium batteries that differ significantly from those with cobalt  oxide. For instance, they hold about 1/3 less energy. This means that when compared to the mAh capacity in a standard lithium cell, the mAh in an LFP4 will be substantially less. In addition, their nominal voltage will also be less. Whereas 3.7 volts is what you’ll see with most lithium’s, 3.2 is the LifePO4 standard. This means that when removed from a charger (in a full state) an LFP cell should be around 3.7 volts. In contrast, the cobalt cells will always end up close to 4.2 volts.

Now before you say, “whoa that’s not so good”… consider THIS;

…LFP cells don’t become as overheated as standard cells. Therefore many will equate that to mean they’re “safer” than the others.

…LFP cells charger much faster than oxide cells. They also have roughly double the amount of charges available to them. Therefore, a longer cycle lifetime.

…LFP cells, like their counterparts, also come in protected and unprotected varieties.

Now, just as LifePO4 batteries have just be spoken of in glowing terms, let me caution that as far as using them in flashlights, it will usually depend on the light itself. It’s not that it will damage the light, but it could have less performance, than with a 3.7 volt battery. Again, the driver that the flashlight uses, will be the determining factor as to how it interprets the voltage. Most should be okay, but for those that have internal voltage protection, this might play with the lights’ “head” making it assume that there’s not enough voltage to drive it as hard as it needs to.

You can see an fine selection of LifePO4 lithium batteries by clicking here.