Who DOESN’T order from Amazon? They have literally changed the landscape of shopping, worldwide. You could probably live in an ice-

encrusted igloo in Antarctica and as long as you can be found, there could be a warm coat and a pair of woolly boots on your frozen doorstep within forty-eight hours! And aside from the convenience and vast selection, what’s the next important thing that makes them so invaluable? Customer reviews of course! But….are they helpful? Are Amazon product reviews written truthfully? To find my answer….read on.

Depending on the product I’m looking to buy, I take many of the customer reviews with a grain of salt. Who ARE the reviewers? Average people, that’s who. But that’s who we want to read a review from, the person who’s USING the product they bought! I’m sure YOU have probably submitted reviews to Amazon before. So have I. Quite a few in fact.

Not all has been sweet though, Amazon reviews have taken some heat over the years. It was discovered at one time that many sellers were giving their products to customers, free of charge…in exchange for an “honest” review. Once the word got out, it left a sour taste on the legitimacy of the reviews. And rightly so.

Are YOU An Expert? 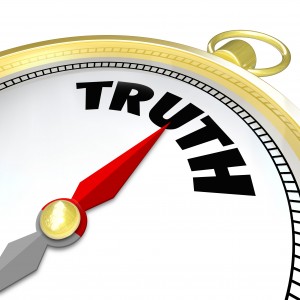 Now, to the meat of why I’m writing this post.

From everyone’s life experience, we become an expert on something… whatever that is. A chef will know the ins and outs about food processors, and a veterinarian knows which pet products are the best. Me? Well, I think you can guess that I know something about flashlights, and related accessories. So when I (a flashlight savant) read Amazon product reviews from average folks, for flashlights and related products, I CRINGE (or laugh out loud) when the user/reviewer is explaining something which quite often is TOTALLY incorrect!

Here’s what I’m talking about. I, your author, have been using LED flashlights and rechargeable batteries for over twenty years. Hence, I’ve been learning about them, and communicating with experts, for many of those years. If you’ve read any of my previous posts on buying a flashlight, you might know my feelings on how the saturation of generic flashlights within the marketplace, has given an entire set of the buying public, the wrong impression. The millions of people who’ve bought generic LED lights, have never owned one before, and now assume that poor performance and shoddy build quality is the new norm. But I digress. The big (non-generic) makers of flashlights…Olight, Nitecore, Fenix, Klarus, etc… are still coming out with new designs, and pleasing a large fan base. I wish the “average” flashlight shopper would look beyond the generics, to see how investing in QUALITY is the smart choice. It’s the presence of these cheap, knockoff products that newbies are buying, which either makes them THINK they know everything there IS to know, (but which only makes them sound like total idiots) or complaining about issues they’re having, which they could fix on their own, if they only knew something about the product!

I can’t speak for other industries, but the problem with buying modern-day flashlights, is because they now use LED’s, they have BECOME complex electronics! A flashlight used to be….just a flashlight. Click the button, and there’s light! Click again, and the light is off! But with everything from TV’s to cell phones, electronics in general can be confusing for some. Many flashlights today come with an extensive user manual, due to all the features they offer. The problem that seems to exist when connecting average buyers with handheld LED lights, is the fact that INEXPERIENCED users, ONLY buy GENERIC products! Why??? I haven’t the foggiest idea…and I wish I knew the answer! With regards to Amazon product reviews, the facts are clear. These products are CHEAP, which is what first catches the customers attention.

Next, are the hundreds (and THOUSANDS) of reviews that each product has received. This lures unsuspecting buyers, and becomes puzzling to customers who have bought one, only to experience a problem, or complain that it doesn’t do as advertised. In their “one star” review, they’ll say, “I can’t understand why there are so many positive reviews”. Well, what they DON’T understand, is that many buyers will leave a review within the first day or two…prior to the product breaking…and then fail to update it, and downgrade their rating. The other scenario (which is most of the time) is that MOST buyers have ABSOLUTELY NO IDEA what the flashlight is supposed to do after they’ve received it! Often, they don’t even read the description on the Amazon product page! They’ll complain that batteries aren’t included, when it clearly states — “batteries not included”!!! How lame is that???

How Do I Do This?

Other situations that some buyers find themselves in, even when buying a generic flashlight, is having trouble installing the batteries! Some will say the light is a dud, and doesn’t work, and the problem with generic lights, is that it CAN actually arrive DEAD! But in some cases, the customer is legitimately unfamiliar with how to make them work, and is either trying to install the wrong kind of batteries, or has no clue as to HOW to install them!

Why Would I Lie? 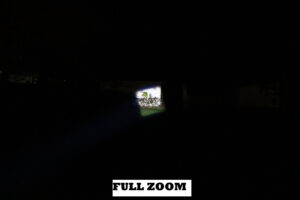 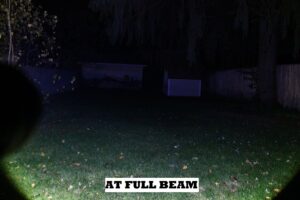 Making factually inaccurate statements (or just plain exaggerating) is another issue. The inexperienced reviewer will claim that their new fancy flashlight “lights up the entire yard”! My response to that is…..BS! This is a GENERIC flashlight, with a FOCUSING beam! “Lighting up the entire yard” is virtually IMPOSSIBLE unless the “yard” in question is 20’x20′! This is because the beam of a focusing head light is either wide or narrow. When it’s wide, it’s not bright enough and has ZERO throw! When the beam is narrowed, is ALL throw looks like a funnel. So under no circumstance, will either of those beam patterns, light up “an entire yard”. Keep in mind, these people have NEVER used an LED flashlight before! So even if it’s a DIM/DULL beam that goes 20 feet in distance, it looks like an improvement over the kind of performance that an incandescent 2 D-cell flashlight would offer.

Another popular claim, is… “it’s the brightest flashlight I’ve ever owned“, which is probably true because all they’ve had before is a DOUBLE-A, C, or D battery, non-LED light, with maybe 20-70 lumens of output. But of course, they don’t share that information. Truth is, these cheap lights aren’t HALF as bright as standard quality lights, but the newbie buyers THINK they are.

So, with regards to generic LED flashlights, the ugly truth about Amazon reviews is… that the reviewer purposely omits useful information.

Please understand that this post refers ONLY to generic LED flashlights. Those who buy high quality lights, (which is what comprises over 90% of my Lightsngear reviews) have an understanding of how they work, and past experience with similar lights to know what to expect before they buy.