We are gathered here today, to examine another in the “EC” series of Nitecore flashlights. So with a CREE XM-L2 T6 cool white LED, and a top lumen output of 960, we present the Nitecore EC20! 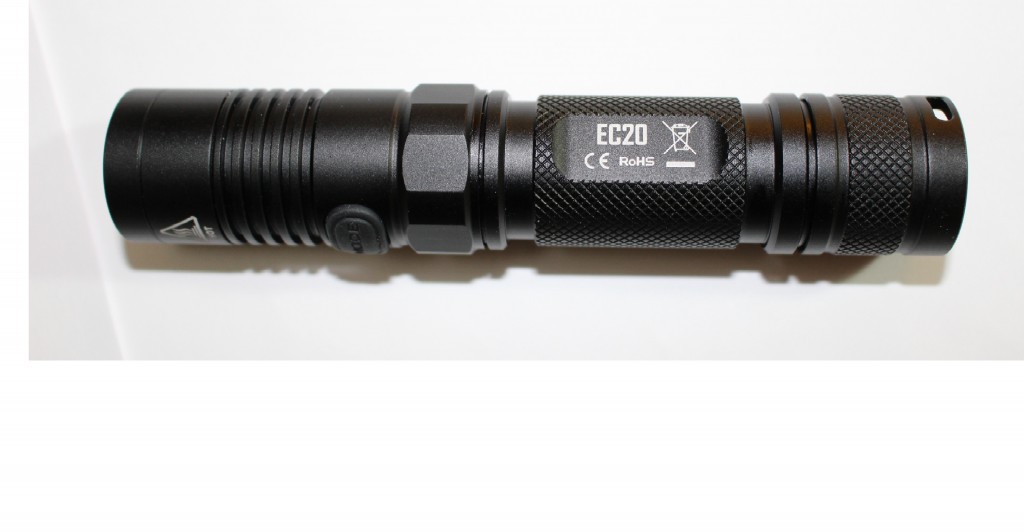 This light is quite different than its sibling, the recently reviewed EC21.

Packaging is identical to other Nitecore releases of late. 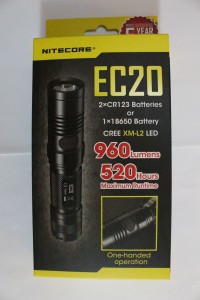 What’s different this time is that the EC20 doesn’t include a pocket clip or belt holster. The included accessories are spare o-rings and a lanyard. 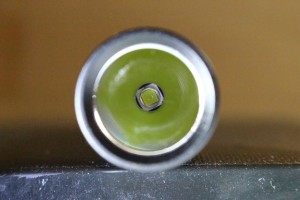 It should also be noted that when operating the light on high mode, it will only sustain that brightness for approximately 7 minutes. To avoid damage due to overheating, the output will drop to just over 500 lumens at that time.

Operating the Nitecore EC20 is a snap! The mode button as seen in the photo, is the only way of turning the light on, off and advancing the lumen levels. 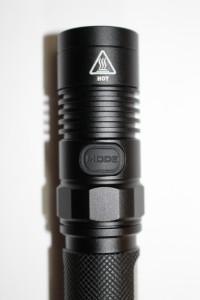 THIS mode button handles all functions

Once a battery is inserted, the mode button will blink to indicate the number of volts the battery has. Four blinks equal 4 volts…followed by either one or two blinks. Hence, 4.10 or 4.20 volts. If it were to blink THREE times, then you should either charge the battery, or just replace it. The voltage reading will also be given when using two disposable CR123’s as well.

Once in a general lighting mode, press and HOLD the mode button to advance to the next level. If you double-click the mode button, strobe will be activated. Press and hold while in strobe, to advance to SOS mode. A final holding press will switch to location beacon mode. From the off position, you may activate moonlight mode from pressing and holding the mode button. The memory feature will always turn the light on, from the last mode activated…except for strobe and the other two emergency modes.

BEAM SHOT PICTURES (click on each for a full-size image) 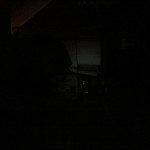 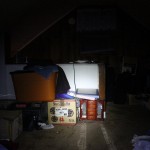 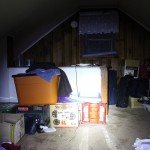 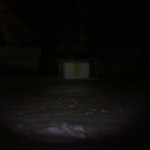 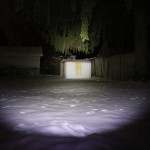 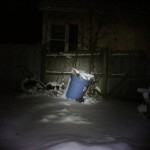 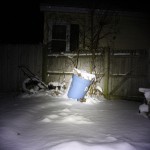 In comparison to other Nitecore lights reviewed here on Lightsngear such as the P12, the EC20 carries a cheaper base price and a couple less accessories. Other than that, the only difference is the ability to perform tactically.

All things considered, the Nitecore EC20 is a capable tool, both indoors and out.

If you can see the value in owning an EC20, click here!