MY Review of the Ultrafire 502b Flashlight

This is probably not your first introduction to the Ultrafire 502b flashlight. They’ve been a popular item on the internet for quite some time. It was due to the publicity of the 502b that prompted me to order one from Amazon. 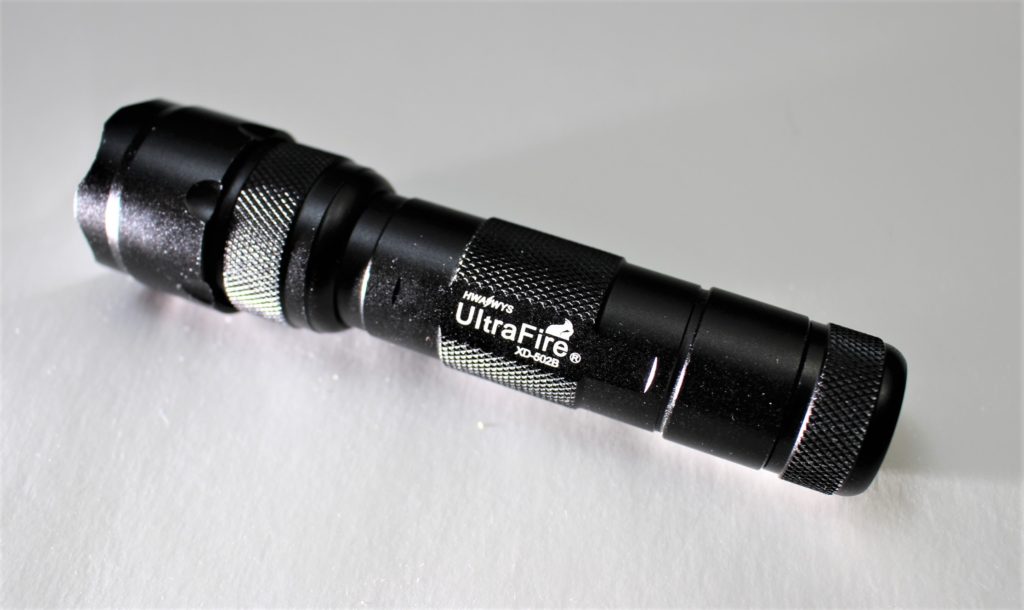 As you can see from the big crisp image above, the light I received says “XD-502B” on it. Most of the versions of this light I’ve seen online, say “WF” on them instead of XD. I’m not sure if it makes any difference, and I’m guessing it doesn’t.

To My knowledge the 502b doesn’t have too many imitators, therefore the specifications of the light I received are probably quite similar to what you would get as well. 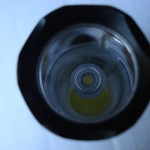 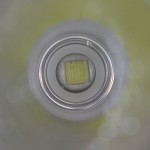 *Most flashlights of this type can operate on either a 18650 battery OR two smaller batteries. But I don’t believe the voltage on this light is capable of handling more than 4 volts. Therefore only ONE 18650, at 3.7 volts, is all it can handle. 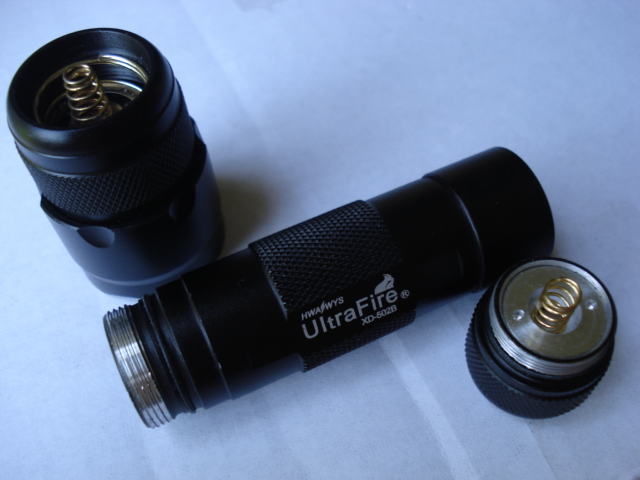 Without using any tools, here are the three main pieces the 502b disassembles into.

Head (bezel) body-tube and tail cap. Since the bezel and tail are spring-loaded, the light should accommodate just about any 18650 cell…including flat-tops. The threads are VERY shallow and don’t come with any sort of pre-lubrication. The “thin threads” can become weak over time and might not allow for a secure seal. This is an issue if you’re looking for a 100% waterproof flashlight. Speaking of water… I’d keep it away from this light at all costs! It’s probably okay in the rain or getting splashed, but don’t even THINK of submersing it! The o-rings are less than stellar quality and water could seep through the head as well.

In the light I received, the head assembly is loose. If I pull on the spring (which you can see in the photo) the whole piece jiggles up and down, and it also rattles if I shake the piece on its own.

Let’s Turn It On!

With battery inserted, just press the tail cap. You’ll instantly be in HIGH mode. To switch to the other modes, just give the cap switch a soft press. Each subsequent press will sequence through all the modes. 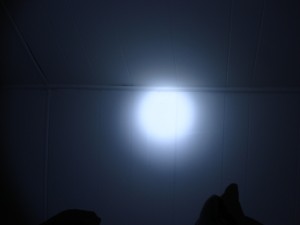 High mode on Ultrafire 502b

The photo here illustrates the beam pattern of the 502b on HIGH. It’s a relatively clean beam with no visible artifacts. The center is a bright spot of light, with a reasonable amount of spill to light the area around it. (the camera image doesn’t capture the spill you’d see in reality).

Without a light meter, determining how many lumens the Ultrafire 502b puts out is difficult.

Some internet descriptions claim the light exceeds 900 lumens. I’m 99% certain, that is incorrect. Regardless of the claim, it’s still pretty bright…just not AS bright as often claimed. There’s also not much of a difference between the three modes. The spacing between high, medium and low is very subtle. You’ll see a difference between high and low, but not much between high and medium. Low mode on the 502b would be a good medium on many other comparable lights.

Click the indoor images for a full-size view on each. 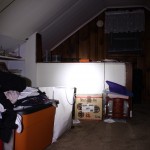 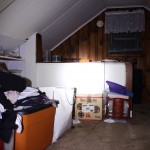 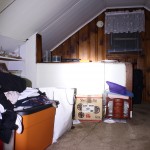 As you can see from the indoor images above, there’s very little variation in brightness between the modes. The only real difference is from low to high…and even that isn’t as dramatic as it is on most other flashlights.

The first two outdoor shots, depict the comparison between high and low mode at a distance of about 75 feet.

The other two are the same, taken at 20 feet. (they can be clicked on for a larger image) 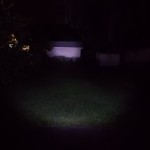 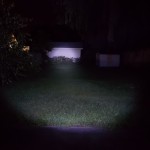 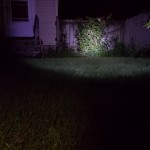 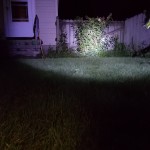 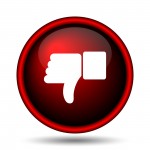 So considering the lower price of the Ultrafire 502b, I guess a C+ is a decent grade. For longevity and reliability, I’d sooner have a “brand name” light on my belt. And Ultrafire products can be temperamental sometimes. In this article, I discuss the pitfalls of buying a lower-priced light such as this one. However everything has its exceptions in some way or another.

Questions or comments on this article can be left below…for which I’ll address as soon as possible.