I was recently excited to be given the opportunity to test the reception capabilities of the Antennas Direct 91XG Uni Directional Antenna.

Now, as I’ve described in previous reviews of other antennas, my location is somewhat more challenging for receiving distant signals than perhaps it might be for many readers. I have mountain ranges to the south and east, and a greater distance between regional markets.

The biggest challenge for many in my area is the ability to receive several VHF channels, including one on the low VHF band (2-6). I realize this antenna is designed for UHF…while having the ability to receive high-band (7-13) VHF at relatively close range. That describes my area precisely. In fact, the distance of most of the signals in this area are all under 20 miles. 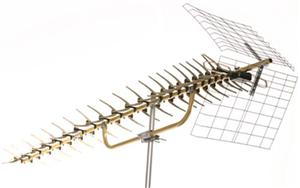 Whether I’m a good candidate to test an antenna of this velocity is debatable. But there was always the hope that I might pick up those one or two regional channels that have continued to elude. Without going to great expense, any antenna I chose to try, can’t achieve height much higher than the roof on my modest two story home, and there’s also a large tree in the signal path…only about 100 ft away. A mountain range is home to the majority of signals, which is also reasonably close.

Nuts and Bolts of the Antennas Direct 91XG.

Dimension-wise, the 91XG is no small puppy! Its short height (22″) is far outweighed by its length (when both booms sections are connected)… at 93″. The advertised gain of the antenna is 16.7 dB. Advertised signal reach is at least 70 miles. My results do not yield that, BUT as discussed, the logistics of my area can’t make it quite possible either.

Here’s what you get in the box. 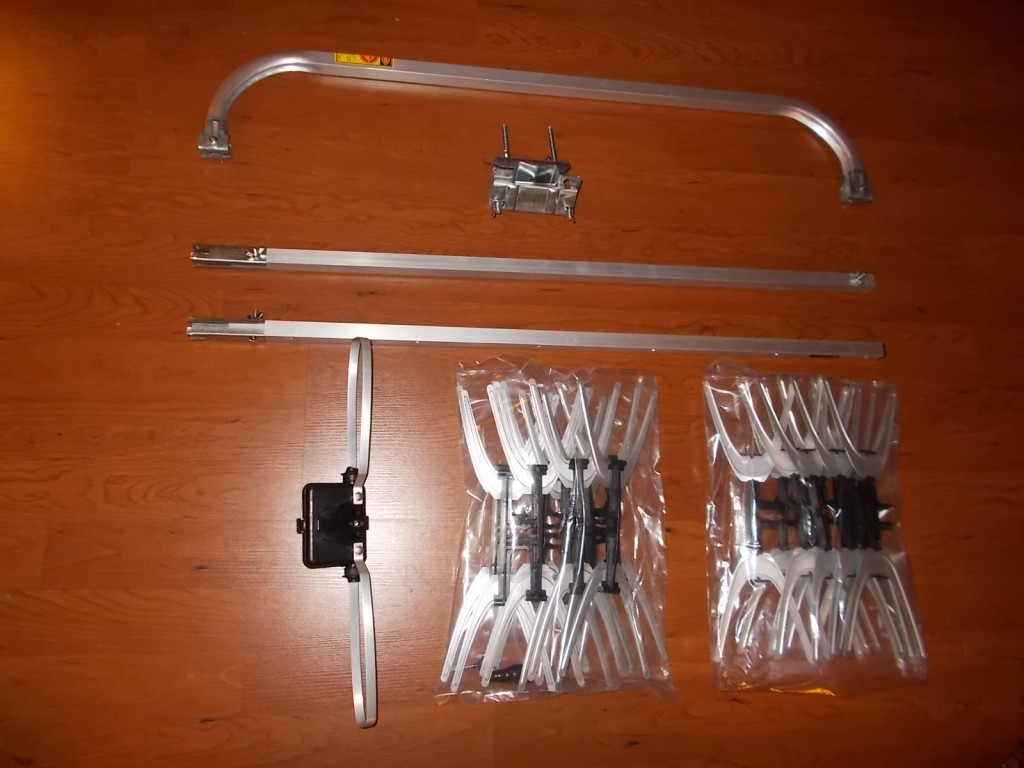 Do it yourself assembly (easier than it looks)

The corner reflector panels aren’t present in this photo. But all the main elements are. Please note that there are two “boom” poles. When fully assembled, you’ll have the complete 93″. But if you wish to have a slightly smaller antenna, you may choose to only assemble ONE boom section. This will cut down the length by about 30″. The following photo illustrates the size of the 91XG with only one boom section.

I’m not an experienced antenna assembler…so I have to admit that I was slightly daunted by the included hardware. I found the written instructions to be somewhat helpful, but I’m more accustomed to having a few more illustrations, which this unit severely lacks! I found that reading the steps over and over, while examining each of the parts, was the only way to figure it out. Once I realized how the booms connected together, the rest of the pieces started to make more sense. The directors “snap” onto the boom, while most of the other elements are attached with wing-nuts and bolts. 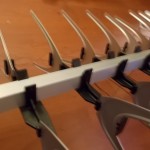 The directors, snapped onto the boom 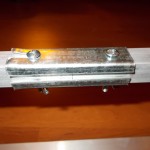 This is how the booms are connected 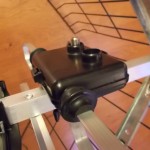 The Balin attached to the boom

Up On the Roof! (the finished product) 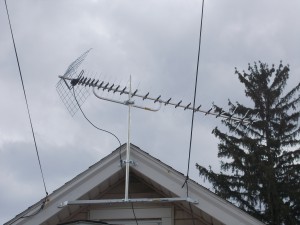 With both booms attached

Here are my findings on the 91XG Uni Directional Antenna.

While I was happy to give this impressive antenna a test drive, I have to take into account that I live in a region with almost 100% LOCAL reception. From this I’ll assume that based upon its stats if I were located between markets, then I’d have good to above average results.

When compared to other units by Antennas Direct that I’ve tried, the 91XG is by all accounts just as good. I’d also venture to guess that the higher gain is assisting in the slightly improved reception of a distant analog channel on my roster. Its picture is fuzzy…but a tad more watchable than with the previous units. I’d also experienced drop-outs and freeze-frames on the lower-band VHF channel, which I believe has improved with the 91XG.

Anyone who knows anything about over-the-air reception will confess that it’s fickle at best. Sometimes a simple adjustment, even if it’s only a few yards, can make a difference. HDTV antenna shopping can be hit or miss. What might work for your neighbor, might not for you.

That would be YOU! Have you had success with this or a similar antenna?

Your questions or comments are appreciated.

To read other reviews as well as technical specifications on the 91XG, follow this link!