The Internet is full of lithium batteries. But not all merchants (or manufacturers) are honest about what they sell. This is why I feel it’s necessary to warn you about fake lithium battery capacities. 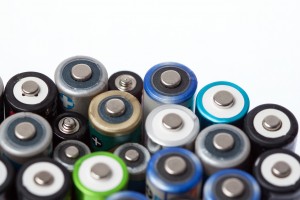 When asked about their new hobby, they explain it (only briefly) in glowing terms. You ask about these funky batteries and they say, “Yeah, I bought these online. They look weird but they work great. And they even come with this cool little charger…and all for just twelve bucks! Great huh!”

While they have a right to be excited about their new product, and are eager to tell you how easy everything is to operate, they really have NO idea what they’ve invested in!

To confuse matters, the products that just arrived in the mail, came without ANY documentation! No boxes, no instructions, nothing. Just the products themselves, padded in bubble-wrap.

There’s A Sucker Born Every Minute 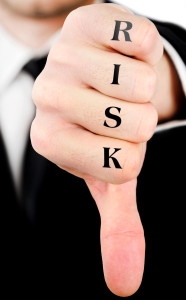 Although that statement might seem mean and uncalled for to someone born into our “politically correct” society, it has a rich history dating back to the mid 1800’s.

Suffice it to say, the excited lithium-ion battery consumer, instead of conducting useful research such as reading related posts here at Lightsngear, will instead put all their trust into Amazon reviews.

“In-depth” comments such as “works good”… “just as I expected” … “these are great batteries”… etc., were written by an equally inexperienced consumer who also failed to do prior research. Their new purchase is already showing signs of deterioration but they have no idea what those signs are!

The Claims That “Clicks” Are Made Of

So here’s the issue. When it comes to lithium-ion batteries, and more specifically the popular 18650 size, Chinese manufacturers can put ANYTHING on the label that they think will help SELL their product.

All lithium-ion cells have a rated capacity…measured in milliamp-hours (mAh). The higher the figure, the more power it can offer. Currently, 18650 batteries are not produced with more than 3600mAh. That is the current capacity limit. BUT…according to the makers and marketers of budget batteries, that’s NOT the limit! If they think putting 4000mAh on their label will help them sell more at a higher price, they’ll do it. But hey, why stop there? If exaggeration is the game… there’s no limit whatsoever!

What this has now led to, are batteries claiming to have 5000mAh, and higher! 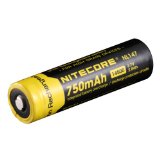 Another popular lithium battery size, is the 14500. They mimic the look and size of a standard AA battery. But it’s their voltage of 3.7 that sets them apart.

As I wrote about in a previous post on this subject, these budget batteries not only showcase inflated capacities, but are in fact often LESS THAN HALF of the stated capacity! The marketers of these products prey on those suckers…er, consumers who they know haven’t done their research into what to be aware of when buying and using lithium batteries.

Here’s a TRUE story from YOURS TRULY! For the purpose of my own research, I bought four Ultrafire batteries online that had a “stated” capacity of 6800mAh! Obviously I KNEW that was a complete fabrication…but I wanted to know by how much.

I gave them a couple of charge/discharge cycles on my digital charger. Here’s what I found.

As the photo shows, each of the four batteries had a final capacity average of less than 600mAh!! So did the manufacturer goof on the label? You decide. 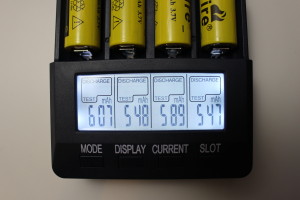 THESE are the REAL capacities!!

So What’s The Big Deal?

I’ll tell you what it is. Even though these “bargain” batteries may appear to operate the device without a problem, they won’t hold a charge very long. So, if you use them regularly, or in a device that draws  high amperage, you’ll be charging them MORE and USING them LESS!

Coupled with that, is also the real possibility that these batteries are old, and/or recycled equipment. Why else would their total mAh be so low? THIS IS WHY THEY ARE SO CHEAP!! You’re literally buying something that’s already had most of the life drained out of it… and while you “think” you’re paying very little for something that should cost a lot more… what you’re getting isn’t even worth the dirt cheap price you PAID for it! Think of it this way; if a friend was throwing out their five year old laptop and offered you the batteries inside of it to use in your new LED flashlight…for $10, would you go for it? Sucker!!! — if you do.

The other thing about these batteries is that they are also potentially dangerous. There have been many instances where the charging process has induced smoke… which of course COULD lead to fire! This could also have been the fault of the charger as well. But the similarity is that BOTH products had questionable histories, and were CHEAP!

The Best Advice Money Can Buy 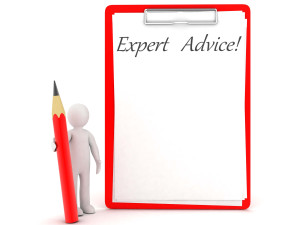 Be leery of the claims. But there’s also another wrinkle. Not ALL of these bad batteries have inflated capacity claims! Many are labeled within the current range of the technology. You’ll see those that say 3000mAh as well. Now if that were a “reputable” brand it would be correct. But these AREN’T reputable. So even those that say 3000, might be 1000mAh or less.

As an example of some really excellent batteries, click this link. Purchasing anything on the page will ensure long-lasting quality and safety!

I’d love to field any questions or comments you might have regarding fake lithium battery capacities.