Flashaholics Are A Special Breed

Looking for a definition for “flashaholics” as you read this title? It might be difficult finding one. At least in the traditional dictionary sense.

Usually, if a word ends in “holic” it’s often not associated with a positive outcome. But put the word “flash” in front of it, and what do you have? A person who likes to re-live those daring days of the 70’s when 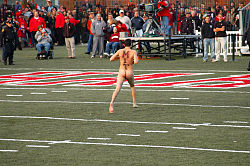 streaking became a national pastime? Or is it someone who takes to the streets like a no boundaries paparazzi looking for photo opportunities.

No, it’s none of these. It’s a hobby. You might (as the term suggests) almost call it an obsession! And for some it is.

Have you guessed it yet? Think “flashlights”.

Flashaholics are people (consumers) who are really “into” LED flashlights. They have clubs, blog spots, forums, websites, you name it. If there’s a new flashlight in the testing phase somewhere, they’re talking about it.

If you’re asking why, it’s because like other products, flashlights have gone high-tech! If you’re in the market, you can still…maybe…find one like your dad or grandfather had, but why would you want to? In most cases those 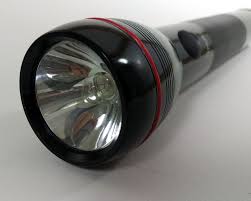 babies were huge! They were perhaps a better tool for defense, rather than to illuminate the path ahead. The beam featured many “rings” of light, and probably didn’t light up more than 30 feet in any direction. The bulb was an enormous incandescent sucker with a limited lifespan, and chances are, it used two or more D size batteries! Not to mention it was heavy!

To quote the famous TV cigarette ad of the early 70’s…”you’ve come a long way baby” and no one knows that better than a flashaholic!

Almost as different are flashlights today, as is how computers have advanced from where they were back in the 1980’s. For instance the (once) almighty incandescent bulb, has been replaced by the brighter, and much more efficient LED (light emitting diode) which makes ALL the difference. The technology for producing those little marvels has both enlightened and amazed everyone whose ever considered the LED to be “cool”. The electronics within the head enable them to produce different levels of light, referred to as lumens.

When I first got into LED flashlights, a 100 lumen light was very bright. Today, it’s not uncommon to buy a flashlight that far exceeds 1000 lumens! With the push of a button, or a twist of the head, the light will offer several different modes of light. It’ll go from really dim, to astonishingly bright! Most also feature SOS, and strobe mode. And not only are they bright, but in many cases, the beams will “throw” to amazing distances. Not all LED’s are created equal. Many, produce a beam that floods the area you’re pointing at. While others, shine a narrower, more concentrated beam.

Some of the important attributes include the aircraft grade metals used in manufacturing. This makes them virtually indestructible. Meanwhile the LED’s are made to last 50,000 hours. They’re also comfortable to hold and carry. They clip to your belt or pocket, and many are no longer than 6” which brings me to another popular acronym; “EDC”, which translates to everyday carry.

These are the types of lights that flashaholics take with them wherever they go! Since they’re small, and easy for pocket-carry, the enthusiast considers him or herself always ready to provide instant light whenever the need

arises. Like me, they LOOK for reasons to produce the “tiny tool” with hopes of impressing someone in distress! It might be only 3” long! But offering up to 700 lumens of light is pretty impressive.

When looking to buy, you can choose a light depending upon which type of battery you’d like it to use. From alkaline to Lithium-ion; rechargeable or disposable. Rechargeable lithium batteries come in several different sizes. This variety helps in producing flashlights of varying degrees in length, and plays a part in how bright the light will be. A lithium battery will allow the light to have higher lumens than an alkaline battery will.

Aside from everyday carry, think about all the times you wished you had a decent – WORKING – flashlight in the house. For power failures; for taking the pooch out for a midnight stroll; and for all those nocturnal bathroom visits… the light which becomes the most useful,  is the one that can shine as low as one lumen! And let’s not forget all those outdoor enthusiasts.

Now can you see why flashaholics get “turned on” by a new flashlight?