Choosing the Best LED Flashlight for Your Needs

Just as technology has made amazing strides in the past 20 years, it was inevitable that someday the flashlight would eventually catch up as well. The invention of the LED…(light emitting diode) seemed like a good fit to eventually replace the standard “bulbs” that flashlights used for decades to produce light. These days, choosing the best led flashlight is to understand which features are available, and what you actually need. 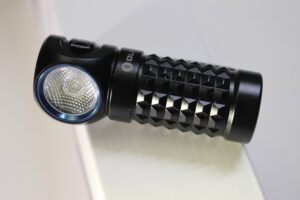 Gone, are the days when you needed something resembling a Billy club to shine a beam of light. Most lights today can be described as EDC (everyday carry) which means they’re probably 6” in length or less, and about 1” thick. There are a great deal of mini-size lights ranging from about 1 ½ “ to 4” in length. These are the ultimate in EDC lights. Battery options for these tiny torches will be covered shortly. A great example of an EDC light, is the Olight Perun (pictured).

HOW DO THESE SUCKERS WORK?

Most turn on/off from a rear (or side) “clicky switch”. Some lights will feature both types of switches working in tandem. It’s up to you to decide which is more convenient. The advantage of a tail switch often means that the light will have tactical abilities. This is where “momentary-on” is possible, in addition to constant-on. Not all lights with tail switches are tactical.

Some lights even operate (in layman’s terms) like a dimmer-switch. This is often referred to as variable control or infinite brightness. As is pictured, they’ll be a ring below the head. To adjust brightness, just turn the ring, and it’ll go from really dim to really bright!

Another standard feature of the best LED flashlight is multiple levels of brightness. Usually, with continued presses of the switch, (either side or rear) the light will offer a minimum of three levels; low, medium & high.

Many have an ultra-low (moonlight) level as well as turbo mode in addition to ‘high’. Other modes (sometimes described as “hidden”) will include Strobe, Beacon and SOS. “Hidden” refers to the fact that either a few extra button presses, is the only way of activating these modes. Some people describe them as “disco lights” and say they’re unnecessary. It’s all a matter of preference.

With LED flashlights, it’s all about the lumens, which is an important term to be familiar with since each light will advertise its top lumen level. Around the turn of the millennial, 100 lumens of LED brightness was considered bright. Today, 100 lumens pales in comparison to those capable of 1000 lumens and more!

The truth is, if using a light ONLY for indoors, (especially in pitch darkness) a mere 10 lumens or LESS will be all the light you’ll need! But, it’s also good to have options available for outdoor use, or if the power goes out and you need more light. Many lights will also stand upright and can be used as a candle.

For camping, hiking, and general outdoor activities after dark, you’ll find even 100 lumens is often not bright enough. Many multi-level lights will have a lumen range from as low as 0.01 all the way up to 1000 (for example) with fixed increments between the two. With the previously mentioned variable ring, their are no increments! 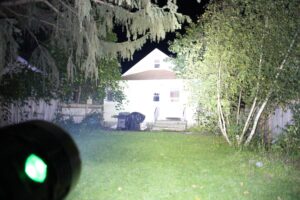 Lights will also differ in terms of throwing capability – the distance in which the light can cast a useful beam. This is usually determined by how far within the reflector the LED is seated. The type of LED used will also determine this. The distance will be trumpeted on the package (or in the description) and measured in meters. A very good range will usually begin at 200 meters.

NOT ALL LED’S ARE CREATED EQUAL

CREE is a major manufacturer LED’s. The basic description of any light will give the type of LED used. LED technology has advanced a lot over the years. CREE didn’t used to have much competition…but in recent years other companies have entered the LED world. 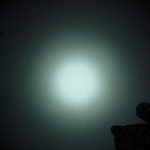 Just about every quality flashlight is built to last. Made from aero-space grade aluminum, they’re impact resistant…usually to a height of 2 meters, and waterproof, to a depth of up to 3 meters. The lens is scratch resistant, (AR coated) toughened glass.

This one’s a biggie!

In general, lights either use alkaline, NiMH (AA/AAA) rechargeable, or lithium rechargeable cells as the power source. Important: Alkaline (and NiMH) based lights will seldom offer as many lumens as lithium based lights. This is because alkaline and NiMH batteries operate at a lower voltage than lithium cells – 1.2 & 1.5 volts, vs. 3.0 & 3.7 volts. Higher voltages produce higher lumens.

AA and AAA alkaline is the old standby. They last a fair amount of time, are available everywhere, but must be tossed when depleted. Rechargeable AA cells [NiMH] (when full) won’t provide on demand power for as long (at a stretch) but will save money since they can be recharged hundreds of times.

Rechargeable Lithium-ion batteries are available all over the internet. Popular brands such as Energizer, manufacture lithium cells in AA form…but they are not rechargeable! CR123 size is lithium based. They too are 100% disposable. They’re short and stubby and can be bought at major retailers but are usually a bit pricey. The rechargeable version, known as 16340 (aka “RCR123” size) can be bought online. 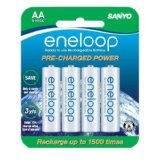 Popular lithium battery sizes are 18650, 16340, and 14500. The latter look EXACTLY like a AA, but is rechargeable. A 18650 cell is the size of two 16340’s stacked end to end. The very smallest lights which I referenced earlier will always use either ONE ‘123’ or ONE AAA-size cell. Click here for an in-depth look at different types of rechargeable batteries.

The best led flashlight will give you all the features you’ll need within a price point that’s comfortable for your budget. This would include any that utilize either TWO CR123’s, ONE 18650, or a single AA cell.

HOW MUCH TO SPEND?

Generally for a well made (*name brand) lithium based light, expect to pay $40 and up. Upwards of $50  will get you an exceptional light. It’ll be completely waterproof and virtually indestructible! This would actually be considered military-grade and be ideal for any situation including search and rescue missions.

*This post discusses reasons to be wary about buying (no name) lower cost lights.