Back in 2016 I was quite pleased with the diversity of the H1 Nova, by Olight. Now, in 2017, its larger sibling has been added to the family tree. So here, I present the Olight H2R Nova. It’s larger and brighter, but does that make it better? Read on and see. 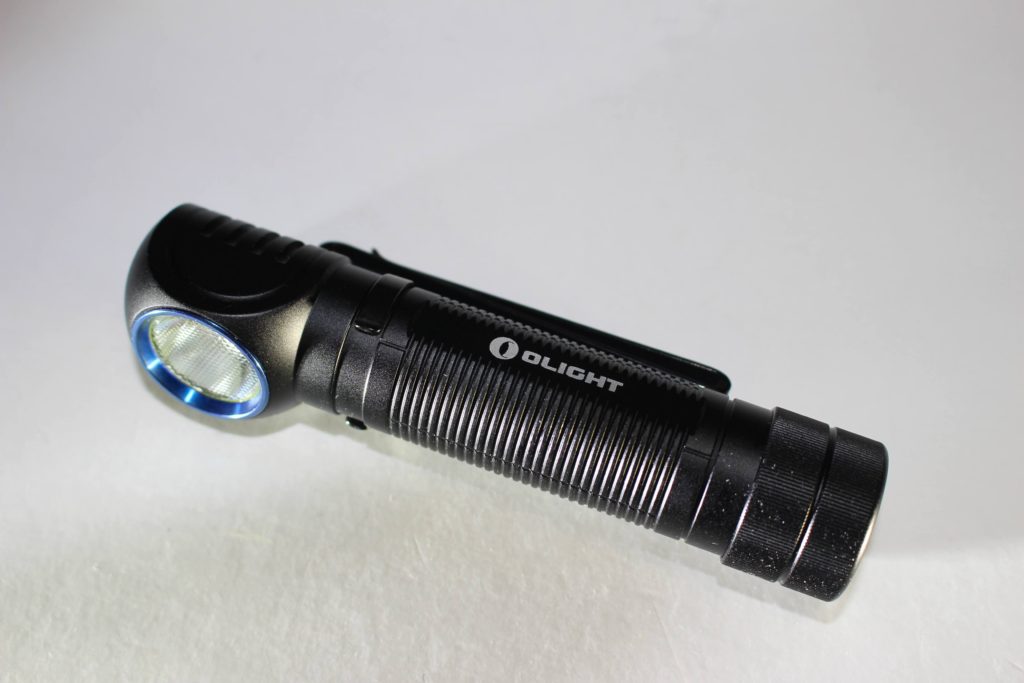 I’ll say one thing, Olight always protects their products well. Each flashlight is intricately packaged to ensure a safe shipment. In the case of the H2R, I almost had to destroy the box in order to access the contents! In the end however, I prevailed, and managed to remove everything while leaving only the ends of the box slightly mangled.

My Reward for Achievement 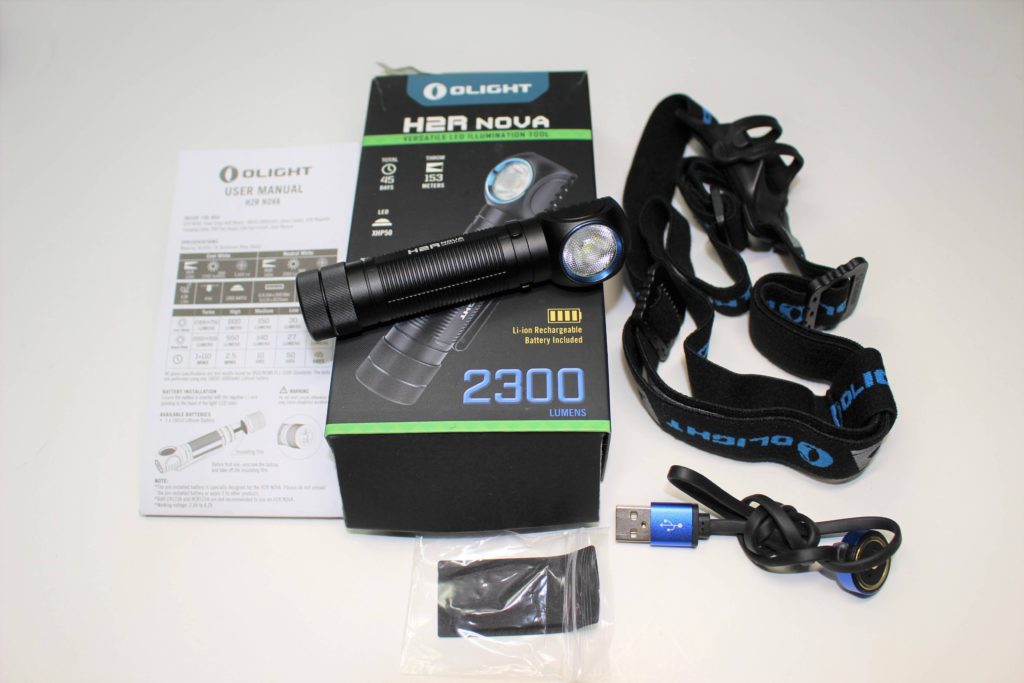 Eventually when I removed the contents of the “Fort Knox” Olight box, here’s what I got. 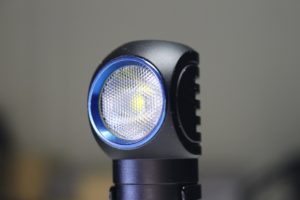 A Cree XHP-50 LED is at the heart of the Olight H2R Nova. Seated behind a textured mosaic-type lens, it gives the beam a very wide, flood-like profile.

The low battery indicator works to alert you that a charge is needed soon. At this point the light will blink once every sixty seconds. The blinks will increase as the battery voltage drops.

Mode memory recalls the last mode used… except for SOS.

The addition of a pocket clip, transforms the H2R into a handy EDC light.

With its magnetic tail cap the H2R can affix to any metal surface for hands-free operation. 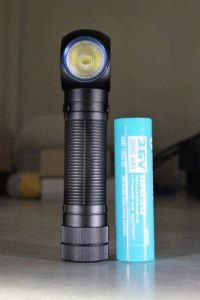 Since an Olight 3000mAh 18650 battery comes with the light, that’s what you’re expected to use. Working voltage is only to 4.2 therefore the light doesn’t support using any other combinations of batteries. Other brands of 18650’s can be used…BUT…the magnetic charging plate will ONLY charge the included 18650.

How to Operate Your Olight H2R Nova 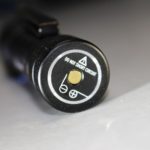 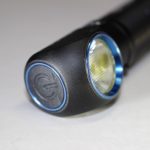 The battery is inserted with the positive end up. Secure the cap, and press the button on the head. One quick press activates the light. Press and hold the button to advance the modes. The sequence is low to high. A short press turns it off.

Moonlight can only be activated by pressing and holding the button (for 3 seconds) while the light is off.

Turbo can only be activated by double clicking the button. But… that can be done either while the light is off or already on in another mode. Turbo (and actually high mode as well) can only be “recalled” (from memory) for ten minutes once the mode is exited. After that period, “medium mode” will be what you see when switched on.

SOS is activated by triple clicking the button either while off or already on.

To ensure the H2R won’t switch on accidentally when being carried in a pocket, press and hold the button (from off) until “moonlight” appears AND shuts off. Once off, pressing the button will ONLY activate moonlight… but only tactically.

To unlock and return to standard switching, press and hold once again until moonlight appears…and then blinks. 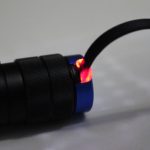 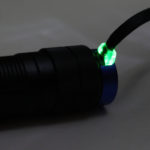 Attach the magnetic plate to the tail and connect to any standard USB power source. The light on the plate will be red. You’ll see “green” when the charge is complete. Please be aware that ONLY the Olight battery can be charged. 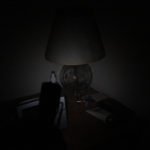 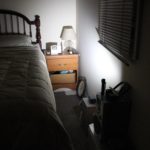 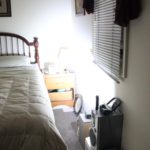 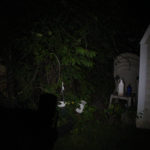 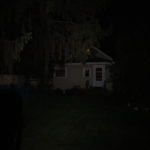 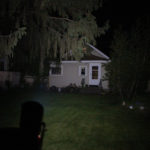 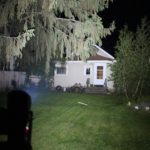 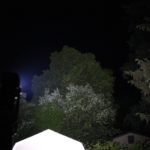 I really have nothing particularly negative to say about the Olight H2R. It’s an exceptionally good headband/EDC light.

If I was pressed for a negative thought, it would be that turbo is only good for about a minute. The thing is though, 2300 lumens is awfully bright, and the light gets quite hot during that mode. Therefore lowering the output is the only defense it has against overheating.

The headband is a quality piece and the portion which “cups” the light is magnetic! The manual suggests removing the clip when attaching it to the band, however I’ve found that by threading the rubber latch under the clip, it CAN remain attached.

Other Olight flashlights have had similar functions, such as their Baton S2R from earlier this year. It’s not a headband light (and isn’t as bright) but operates in much the same way.

If the Olight H2R Nova is worth a peak, please click here! to visit its Amazon page.