I recently took at a look at the S30R Baton, a very nice 18650 flashlight. This time however, we’re downsizing! The Olight S1R Baton is now in the spotlight! 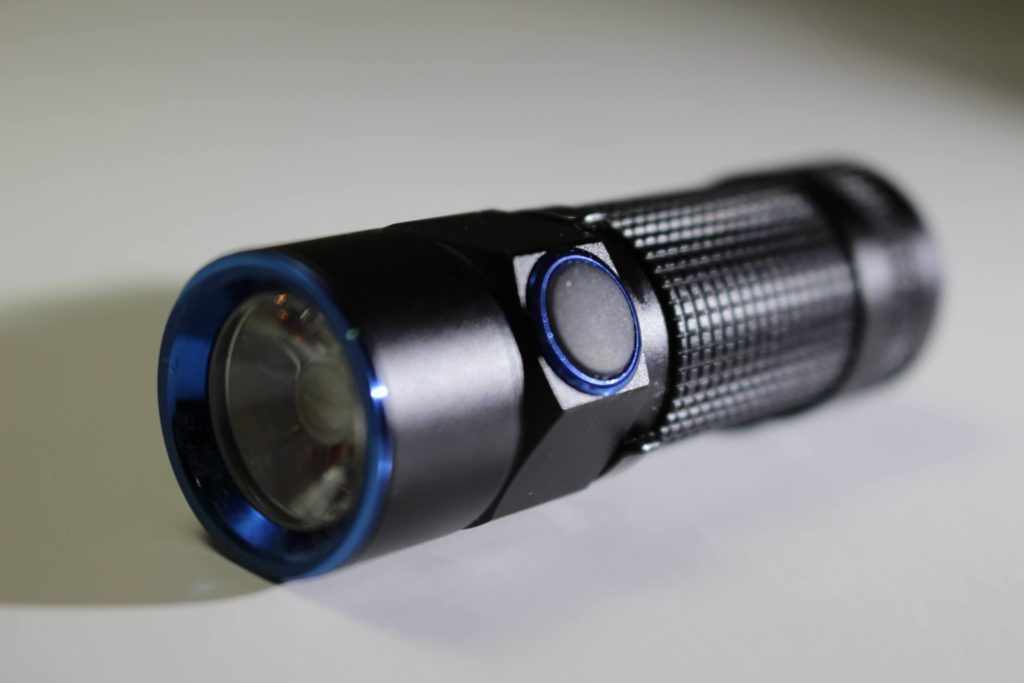 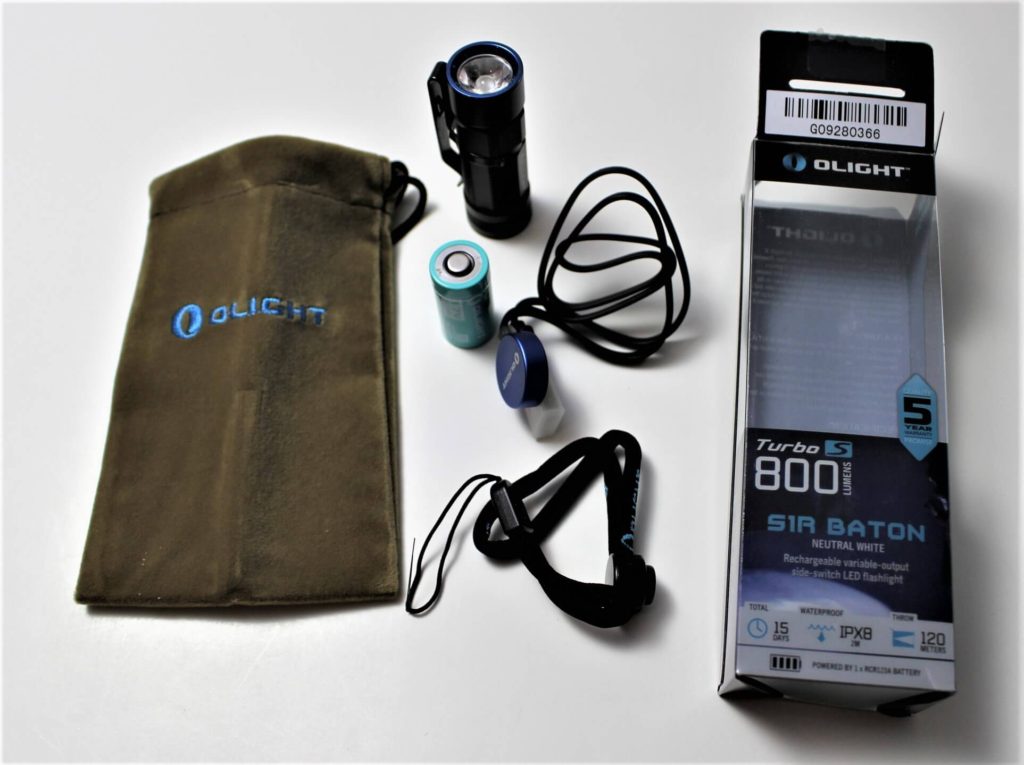 What you see here, is the complete package of the S1R.

A rather large velvet-like pouch is accompanied by the flashlight itself. There’s also an Olight 16340 rechargeable battery, a USB charging “cap”, a user manual (sorry, not pictured) and an adjustable lanyard.

First of all, the S1R comes in two versions. Neutral-White and Cool-White. My review is centered on the “NW” version. However I’ll give you information on both, so that you can make an educated choice should you decide to buy one. 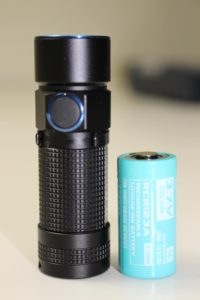 These are tiny lights! They’re only 2.6″ tall, and with the battery included, weigh just a mere 51 grams.

It’s waterproof to IPX-8, and impact resistant to 1.5 meters.

The lens is toughened, tempered glass.

The recommended battery, a 16340 is included.

Memory mode will always recall the last mode used (except Turbo and Strobe).

The LED is a Cree XM-L2. In the center of the lens, is like a raised aspheric portion, which has the appearance of magnifying the LED. Because of this, the LED isn’t view-able as it would be otherwise. (refer to the photos below)

The highest output for the NW is 800 lumens. For the CW version, its 900 lumens. 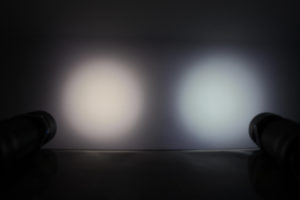 Here are the other levels of output for each version:

Strobe is also included and is the only flashing mode. 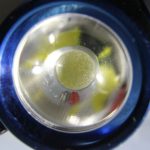 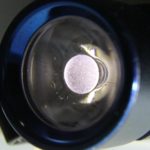 While in moonlight mode 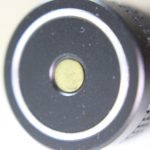 Olight makes a point of mentioning in the manual, that the higher output modes will not be available as the battery voltage drops. For example for NW, when voltage drops below 3.6 ‘Turbo S’ cannot reach its highest level. At the 3.1v level, Turbo S is the same as Turbo. Then when the voltage drops below 3.1 the maximum output is 270 lumens.

For cool white, the maxium output below 3.1 volts is 300 lumens.

Turbo and Turbo S are timed. Once activated, they only stay on for roughly 90 seconds. I’ve tried it on both versions and it varied a couple of times. Both turbo modes are meant to drop to high.

So that there’s no chance of the light switching on in your pocket, lockout mode is at your 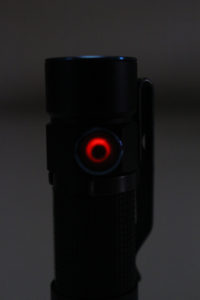 service! While OFF, press and hold the switch for two seconds. It’ll activate moonlight for a second, then shut off. It’s now locked. To un-lock, repeat the procedure by holding the button until moonlight comes on and stays lit.

This may or may not be useful to you, but the S1R has two timer sequences available. The light can run continuously for either three minutes or nine minutes, and will shut off automatically.

To access the timer the light must already be on. Double-click and HOLD the switch. When the light gives off a “flash” that means the three minute timer is set. If you wait for it to flash TWICE, then you’ve entered the nine minute timer. If you change your mind, and the light is still on, you can double-click again and reset it.

As the battery voltage drops to roughly 3 volts, the power switch will illuminate in red. It’s advised to charge it as soon as you can. And as described above, when the voltage is low, the higher modes will not be accessible. 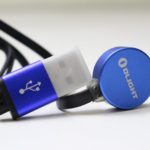 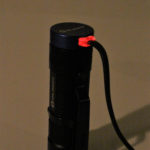 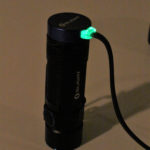 The USB charging “cap” is magnetic and sticks to the tail cap of the light for dear life. Once attached, a little LED at the base of the cap turns red. You’ll see it as soon as you plug in  the USB connector, because right away it lights up in green. Anyway, it’s red when it’s  attached to the light (and charging) and turns green when the charge is finished.

One thing I’ve noticed, is that the charging cap won’t light up in red if you’re trying to charge a 16340 battery OTHER than the included Olight! In other words… the internal charging unit will ONLY work with their proprietary battery. You can use other brands of 16340’s, but they won’t charge in the light.

One thing about the internal charging… it should be quite quick! The unit feeds the battery with a current that succeeds 700mA! I haven’t timed it, but at that rate, it shouldn’t take longer than two hours… and much less if the battery isn’t discharged too far.

Turning on Your Olight S1R

Single clicking the switch, will turn the light on and off. Once it’s on, a HOLDING press is required to cycle through low-medium-high. Moonlight mode can only be accessed when the light is off. For that… just press and hold. Once turned off again, moonlight will be remembered when you switch it on again.

Turbo can be activated whether the light is on or off. A double-click is needed to enter. In case you didn’t notice, there are TWO turbo modes; regular and turbo S. As logic would dictate, once you’re IN turbo, DOUBLE-CLICK a SECOND time…and it’ll get a small power boost. A short press from there will shut if off. A holding press will return it to a lower setting.

For strobe; TRIPLE-CLICK the switch from either on or off. 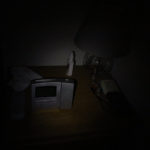 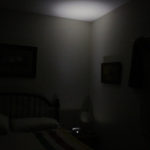 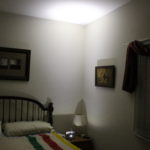 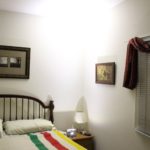 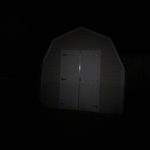 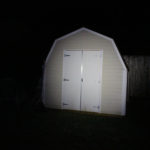 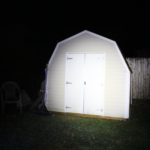 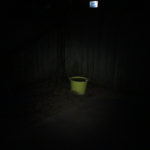 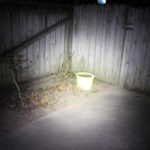 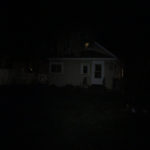 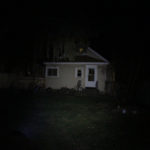 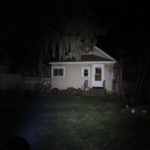 Pretty Nifty — in my Humble Opinion

I like the Olight S1R and would recommend it for its excellent ratio of size and power. Another plus…is the internal charging feature! Not many (if any) lights that I’ve seen of THIS SIZE are capable of doing that  :-D.  As I mentioned above however, ONLY the Olight battery they supply will activate the charging function.

The tint of the neutral white version is my favorite. And on both versions, the center “hot spot” is much wide than on other lights, making the coverage are very smooth and free of outer rings of light. As you can see from the outdoor turbo image, it’s definitely NOT a thrower! Instead, it provides very bright light at a shorter target.

For your consideration, you may click here, and decide which S1R is right for you! Alternatively, you may shop eBay if you wish.