Today I’m reviewing the ThorFire TK18. As a company, ThorFire has produced some nice flashlights, and the TK18 is now one of several that I’ve tested. So far I’ve been quite pleased! 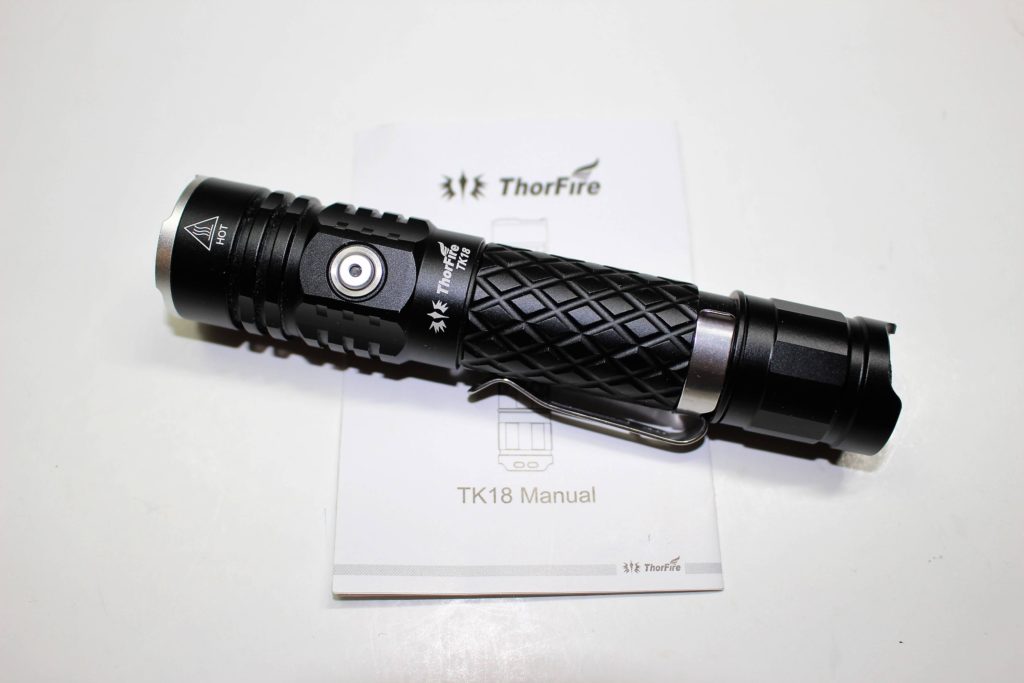 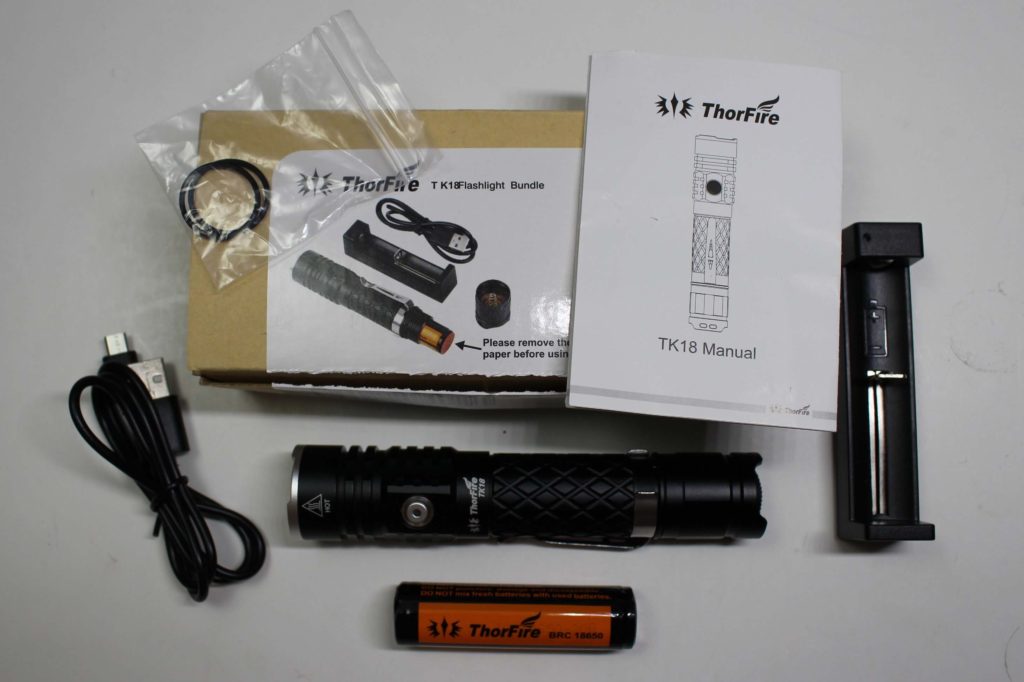 Everything comes in a plain brown box with a simple label to describe the contents. The flashlight is bubble-wrapped, and accompanied by a pocket clip, spare o-rings, a 3000mAh 18650 battery*, a USB charging cable, and a single bay battery charger.

* battery and charger accessories are included in the “full” package only 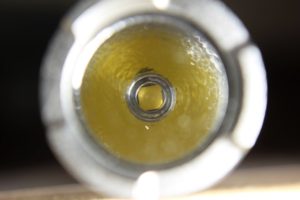 Under the standard mode setting, there are five modes;

Under the ramping setting, any output between 3 lumens and 1200, can be selected. 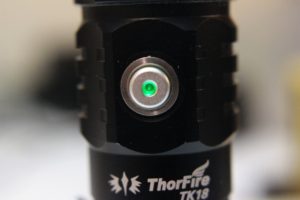 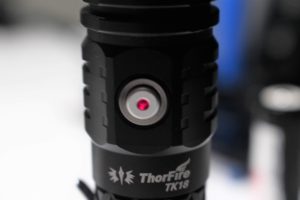 Click the tail switch to activate the light. In the regular mode setting, short-press the side switch to change the mode. Once either ‘turbo’ or ‘low’ has been reached, continuing presses will go in the OPPOSITE direction… i.e ‘turbo to low’, then ‘medium to turbo’. Make sense?

To activate ‘bike strobe’ quickly press the side switch three times in succession. One click returns to the previous mode.

While the light is on, quickly click the side switch FOUR times. A short ‘blink’ will confirm the change. If you were previously in the regular modes, you’ll now be in ‘ramping’ mode. To change output from here, press and hold the side switch, until the output you want is reached. During the ramp, a blink confirms when the lights output has reached either the minimum or the maximum. 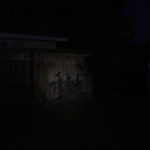 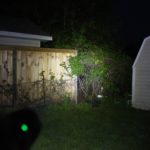 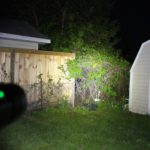 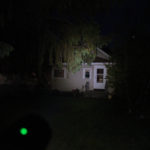 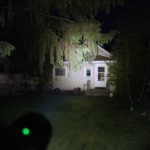 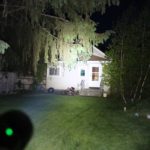 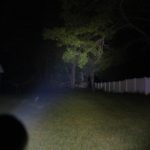 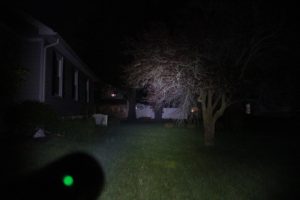 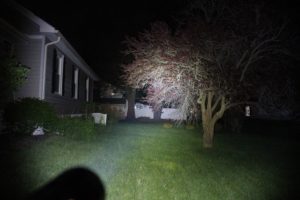 When the flashlight is switched on with a battery that’s 3.4v or higher, the center of the side switch will illuminate in green. As voltage drops, green will change to orange. At 3 volts or lower, orange becomes red… and the indicator will flash, until the light itself shuts off. 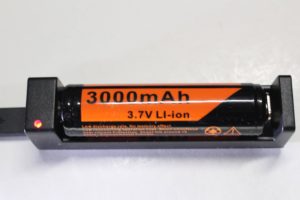 Using a USB connector, insert an 18650 battery positive end up into the bay. The green LED on the charger will turn red once the battery is seated, then return to green when finished.

So, What’s the Final Word?

The ThorFire TK18 is pretty good budget flashlight. For the price it’s sold at, it has some decent credentials. Having the ramping option is nice, but I think I prefer the regular modes. And because it’s a cheaper light, there aren’t any “on demand” modes except for bike-strobe.

The beam is nice too, with good color temperature and uniformity. And virtually no artifacts can be seen either.  This is partly due to the orange peel reflector.

Accessories that come with the full package are good. The charger, although very basic, seems to run at a relatively high current… which is good, and the 3000mAh battery is of acceptable quality as well.

For a chance to own the ThorFire TK18, click here to be taken to their product page at Amazon.