Here’s a uniquely different type of flashlight. It’s the Thrunite TS2, which in all likelihood, can save you from a stressful situation.

Aside from that, you’ll probably also appreciate it if you’re into tent camping as well.

What does it do? Read on… 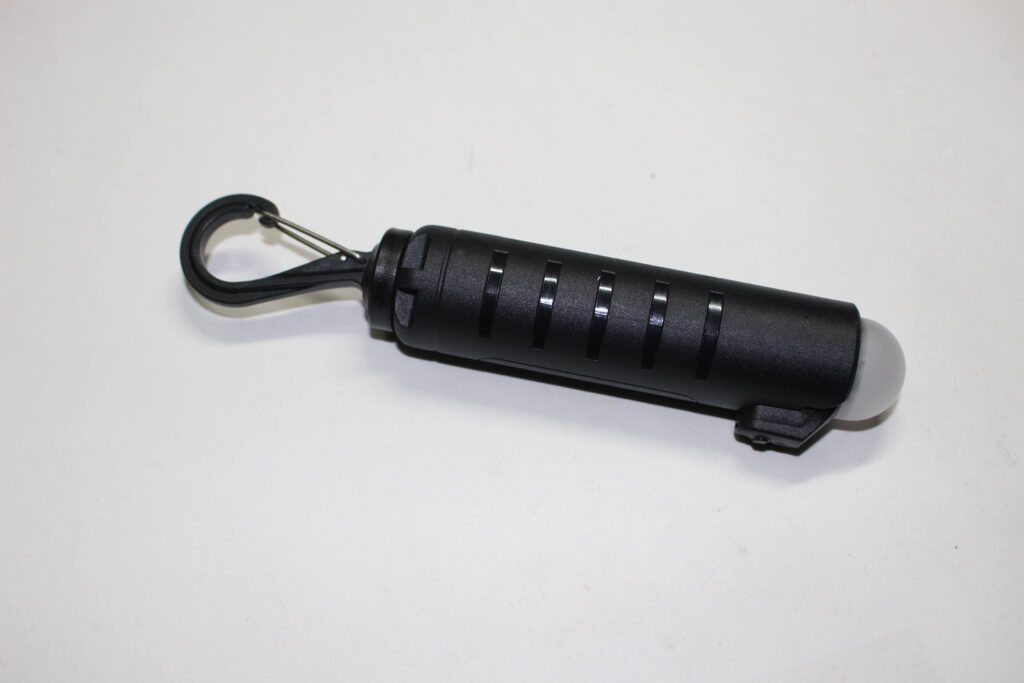 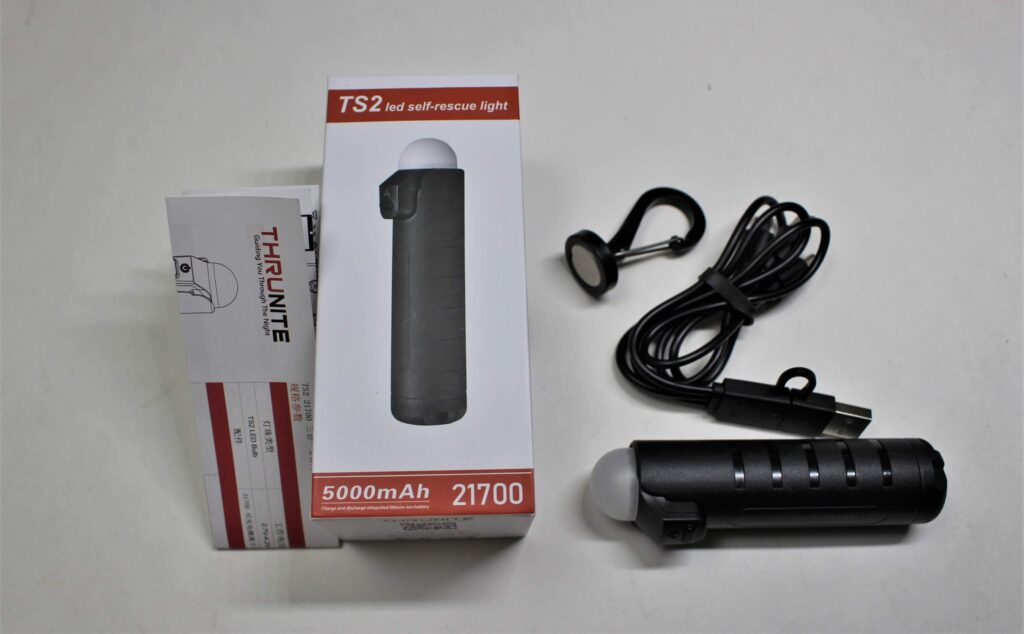 In the box along-side the Thrunite TS2, is a user manual, a THREE-WAY USB charging cable, a magnetic hook, and (already inside the tube) a 21700 (USB rechargeable) lithium-ion battery. 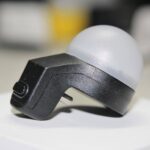 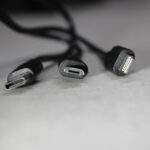 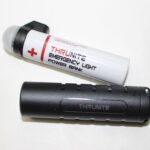 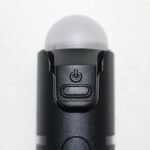 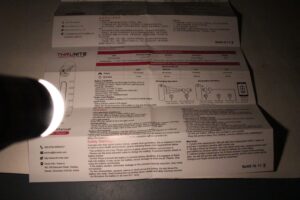 The TS2 is a flashlight made up of three sections.

Tube/body; Very different from other flashlights, the TS2 has NO body! It is basically a “topless” plastic tube with a strong magnet at its base. The piece is officially identified as a Silicone Battery Cover.

Battery; Thrunite’s own 21700 lithium-ion battery is the main component. The battery is equipped with a USB-C charging port and four charging indicators.

The LED Connector; There appear to be four LED’s within the domed “head”. The light produced is of a very warm color temperature, and is highly diffused. Lying beneath the dome is a USB-C charging plug.

With all the sections lined up, pick up the battery. Now take the dome-head in your other hand and position the LED plug to the port on the battery. By inserting the plug into the port, you’re sliding the dome over the top of the battery! Now, to make it complete, drop the battery assembly into the plastic cover. The magnetic base will grip the base of the battery. Hey, guess what? You just “assembled” a flashlight!!

Positioned just below the LED dome, is the power switch. It works like most switches on most flashlights. A single press turns the TS2 on, and off. A holding press sequences through the three modes. For SOS, a double-click is required…which is the same whether it’s on or off. A single click turns it off.

What might seem weird, is that the light is fully operable whether it’s in the tube or not. While you CAN use it this way, it might not be terribly safe…because the battery is exposed. Therefore using it when completely assembled is recommended.

There’s no mode memory. Each time it’s turned off, the next activation begins on low.

By magnetically affixing the included “hook” to the base of the cover, you can hang it on something. Preferably above your head. 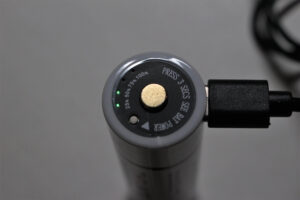 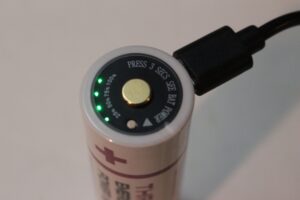 It may seem counter-intuitive, but to charge the battery you need to disassemble everything. Connect your choice of a USB-C cable from the battery to a charging source, and away it goes. Four tiny (green) indicators on the positive end of the battery indicate the charging level. Each will flash until all four are lit constantly. 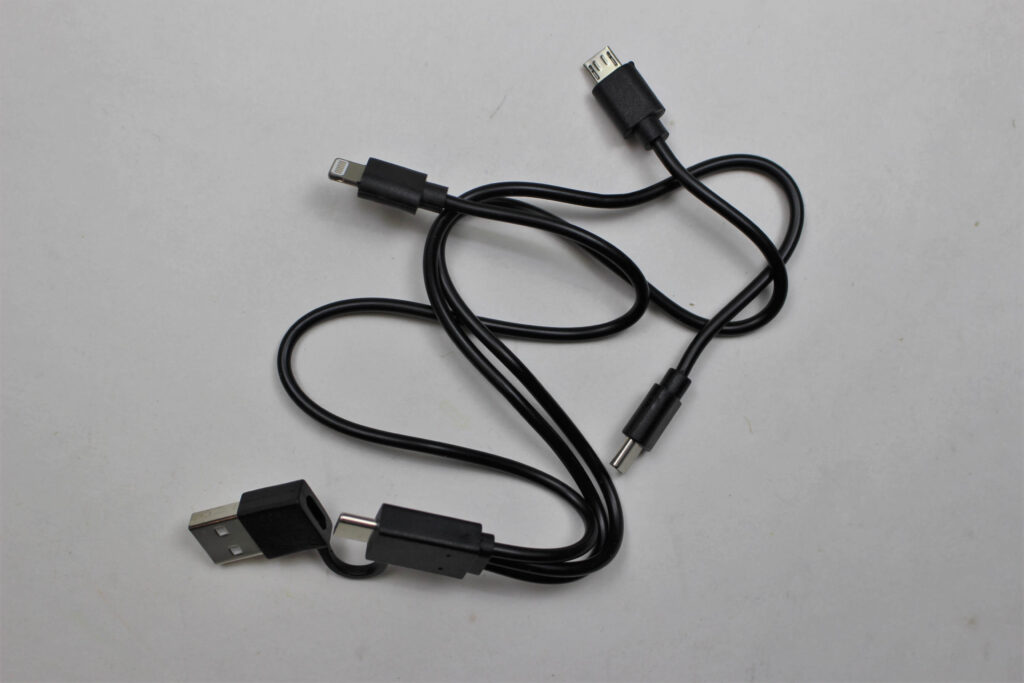 One of the more unusual accessories in the Thrunite TS2 package, is the multi-end USB cable.

On the USB source end, is ANOTHER USB-C plug, which connects to a standard USB-A plug. How you use this cable is totally up to you.

It’s also possible to use it as a power bank…to charge your cell phone for example. It’s actually a very useful tool! 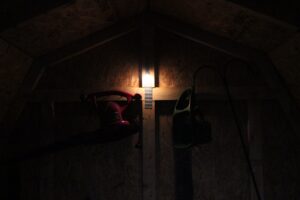 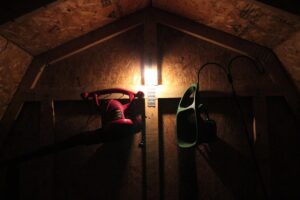 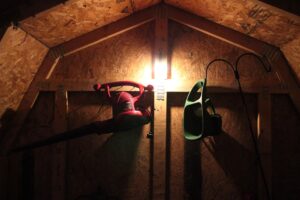 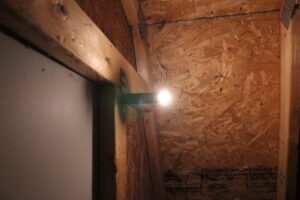 So here’s the deal.

It says on the TS2 box, that this is a “self rescue light”. That concept seems a bit odd to me. I’m assuming the reason for that is the inclusion of SOS. If that’s the case though, you could say the same for THOUSANDS of other lights that have SOS!

What sets it apart from all the rest, is the DOME LED, and the magnetic hook. Maybe I’ve led a sheltered life, but I’ve NEVER seen another light with those features. A magnetic base? Absolutely. A magnetic base with a HOOK? Absolutely not!

The LED dome reminds me of an arthritis or antiperspirant roll-on applicator! When it’s lit, it provides WIDELY diffused light. When on high, you certainly don’t want to be looking directly at it. Having said that, it’s only 118 lumens, but bright to the eye. You can stare directly at it in low mode all day long if you want. Its obvious purpose is to dangle high enough above your head, to softly illuminate a wide area. Without the hook, you can attach it magnetically to anything. For example, underneath the hood of your car.

The power switch is very small, although presses easily to activate. It’s almost TOO easy to inadvertently turn it on when connecting the dome to the battery. 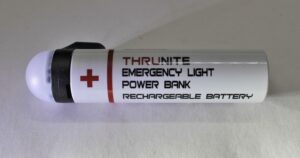 So…what do you think? Ready to dangle the Thrunite TS2 above your head? If so, Amazon Prime makes it easy-peazy.