With the Nitenumen NE01, this was the first time I’d ever HEARD of Nitenumen! A new company? Perhaps. But is the NE01 a “new” flashlight? Yes…. and no. 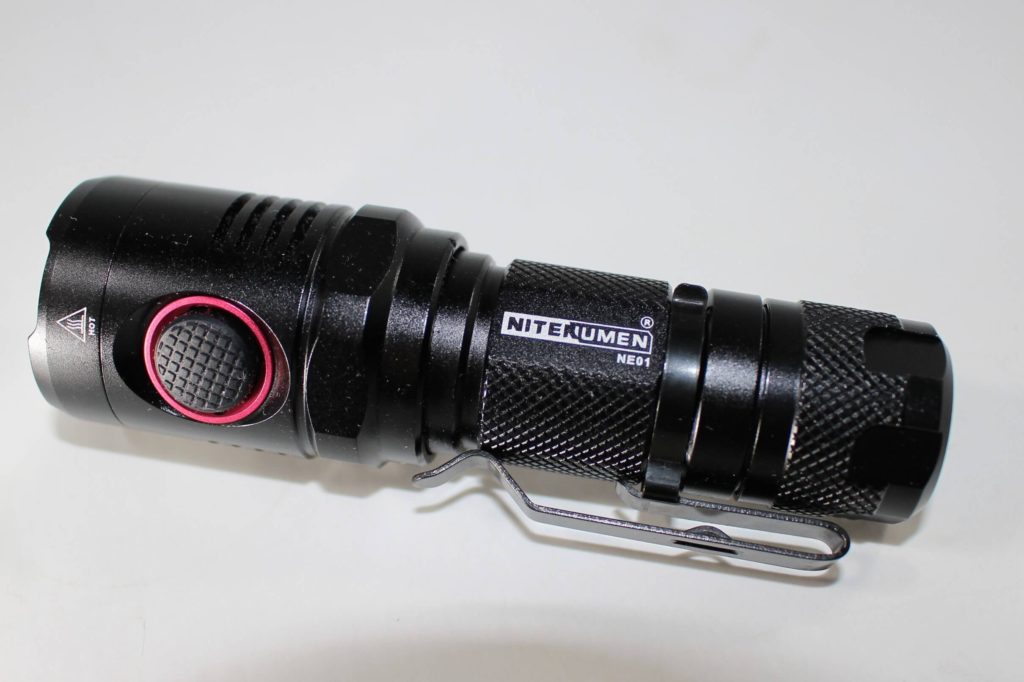 The Sincerest Form of Flattery

If you’re “into” flashlights and follow my reviews, you might think the Nitenumen looks familiar. You’d be correct in that assumption, because the designers of the NE01 took an already popular flashlight…Nitecore’s MH20…and copied it — almost — to the smallest detail. 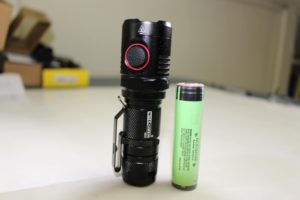 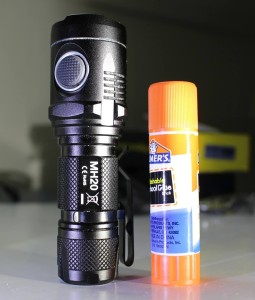 The only thing Nitenumen didn’t copy was the higher price tag! The NE01 is HALF the cost. But, is it worthy of your attention? Keep reading…and then decide. 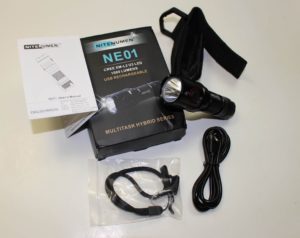 So once the NE01’s box is opened, you’ll find the following.

I haven’t mentioned it yet, but the LED featured in the NE01 is a CREE XM-L2 U2. To enhance throw, it rests at the base of a smooth reflector. 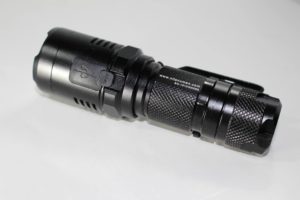 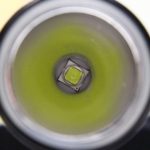 Here are the output levels as given by Nitenumen;

I confess that I do not have a means of measuring lumen output accurately. I CAN however testify that I got brighter output on the highest mode (1000 lumens) when using (2) 18350’s as opposed to (1) 18650. The difference was slight, and only noticeable by taking an indoor picture of each beam. To the average user, this probably won’t make much, if ANY difference as to which battery they choose to use. 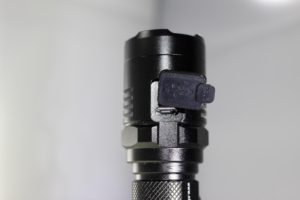 So, the Nitenumen NE01 has a built-in USB port. As simple to operate as ANY flashlight that comes equipped with such a feature…just pull back the port cover and insert the micro USB cable. Doing so, will produce a small blinking LED (in RED) under the switch. Once the battery is charged, the red LED will be replaced by a green one. The only battery configuration that can be used for this process, is one 18650.

My test revealed that the charging current is about 550mA. Not bad. Charging time depends on too many factors to give you an estimate. Nitenumen says 5 hours.

A single click of the side switch turns on the NE01. There is NO mode memory on the light, so each time it’s turned OFF, it will turn ON again in the lowest mode. “Shimmery” (or ultra low) is the default. 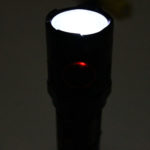 Once on, each short press will advance it to the next output. Shimmery>low>medium>high>ultra bright is the sequence.

Want ultra bright mode right away? Or from ANY regular lighting mode? Simple; double-click the switch, and viola!

Strobe and SOS are the two blinky/emergency modes. They can ONLY be accessed when the light is OFF. So from OFF, press and HOLD the switch. Strobe will activate first. Press again for SOS. A third press turns the light off.

To turn the light off from any of the five constant lighting modes, press and HOLD the switch.

When using an 18650 to power the light, the red indicator beneath the switch will illuminate to indicate the battery voltage is getting low. 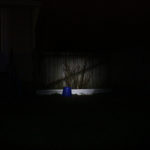 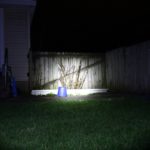 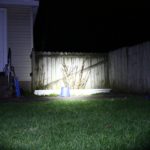 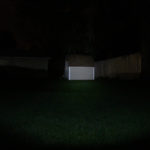 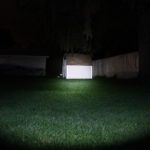 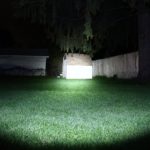 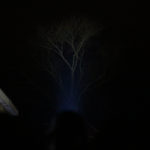 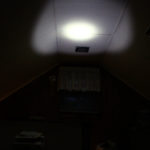 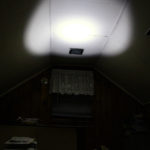 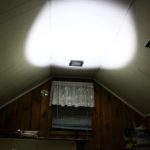 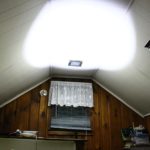 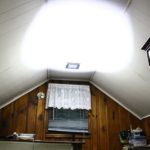 The Good, The Bad, and The Ugly

The Nitenumen NE01 is a very handy flashlight. The size is very good. The modes are spaced well. Shimmery mode isn’t quite as low as moonlight on most flashlights. But, I actually find it acceptable. Ultra bright, is VERY bright and will cut through any darkness you throw at it.

It’s convenient that ultra bright can be accessed from any mode.

Perhaps more unfortunate than bad, is that my light arrived with an issue or two. Stranger than strange, is that the included pocket clip is too small. In the photos, the clip being used is one from a Nitecore flashlight.

The other problem is that there seems to be a connection issue within the USB port. When I first connected the micro cable to the light, it worked fine. Then after disconnecting it and trying it again…it didn’t. This might of course be an isolated incident. Hopefully it is. For my personal use however, it’s not a deal breaker. Charging the battery outside of the light is second nature. But, it IS a feature on the light and there are no excuses except for shoddy manufacturing as to why it’s not working correctly.

Unfortunately, the NE01 also suffers from PWM (pulse-width modulation). There are variations in PWM, and not all flashlights that do have it, have it quite the same way. Some individuals are more sensitive to it as well. As with most effected lights, it’s primarily noticeable on the lower outputs. The “ultra-bright” setting is PWM-free.

If you’re uncertain as to how PWM effects a flashlight, visit this post which covers it quite extensively…complete with a picture!

It is my belief that PWM primarily annoys those who “know” what it is. Many budget flashlights have it, and I’ve never heard ANYONE who only buys under $20 flashlights to comment on it, ask about it, or complain about it.

Even though Nitenumen’s NE01 is for all intent and purposes a direct copy of Nitecore’s MH20, it’s a heck of a lot cheaper! It’s also hellishly bright, and a great size for pocket carry.

I suspect that if the issues I’ve noted are widespread and not just among a select few from the batch, that they’ll be corrected before too long. Although being sent a clip that’s just too small to even fit (to me) is REALLY annoying!

Problems aside, it’s a very good light at a terrific price point.

Since having written this review, the NE01 has been updated!

It’s now brighter than before… at 1050 lumens. The LED has also been updated. It’s now a Cree XP-L V5. The issues I was experiencing with the first release, have been corrected…except the clip. I received one with the new version and it’s still too small. However, the charging issue has been fixed, the red low voltage indicator is now MUCH better and more easily view-able…AND, is now has mode memory as well!

Everything else about the light is the same, although it’s about 3 centimeters taller. Functionally, it works the same as the original…except for the bug fixes that I described above.

Here is a link to pick up the latest version!!!

If by chance it’s unavailable from GearBest (above) you can check its availability on Amazon as well, by clicking here.